In the first article regarding Evolution of iPhones, you have seen how the models created a sensation in the mobile market with every new version. The main reason why iPhones have become a force to reckon with is because they introduce technological features which are useful for the target audience in every new version. In this second and final part of this article, you will gain valuable information on the other iPhone models.

Like the previous editions, there were many differences between the original version and the Plus edition. The internal specs of the iPhone 6 model were identical to iPhone 5s, but for iPhone 6Plus, it was the large screen and size that made the difference. It was in this model, the storage capacity got upgraded to 128 GB and featured Apple Pay. However, the memory remained the same, and even the camera did not get upgraded to the next megapixel level. However, the curiosity and craze created by these models were too big, as you can make out from the sales (10 million sold within the first seven days). For many, this model served as a pocket computer.

The models resembled the previous versions. However, as per Apple’s history, there were upgrades to the features, for especially iPhone 6s. The camera switched from 8 to 12 MP. The changes also happened for the memory (1 GB to 2 GB). There was, however, some complaints received from the customers with the name of bending issues (#bendgate), 7000 series aluminum was added to the model iPhone 6s to make the produce better. There was good news for the Apple Loyalists. These models introduced the concept of 3D Touch, and their color – rose gold (now copied by many brands).

For long, many were complaining that the iPhone models were not affordable. However, this model had every internal feature of the iPhone 6s, with a small model but without the special 3D touch. The iPhone SE was a model released as a more affordable model for iPhone fans.

iPhone 7 as well as 7 Plus were the two models where Apple upgrades the storage capacity from 16 GB to 32 GB. The final version has 256 GB. This model got released with a Jet-Black color (new, shiny). When it came to the market, the iPhone 7 Plus model got best likes compared to the others. The reasons were –
• New Dual Camera – You can improve the zoom feature
• Portrait Mode – You can take the best photos using the Depth of Field feature.
But the feather in the hat with these two models was the removal of the headphone jack. The wireless Air Pods were released during the same event, Apple’s company representative announced removing the headphone jack from the models. Customers received EarPods with the new models.

If it was the camera upgrade which hogged the limelight for iPhone 7/7Plus, in these two models (iPhone 8/8 Plus), it was the wireless charging facility. The camera went through one more upgrade, when you can edit as well filter the images. iPhone users got used to the habit of not using a headphone jack and wireless charging of the device.

The camera has always occupied an important position, when it came to iPhone models. In iPhone X, it was the extra front facing camera where you can take selfies via the Portrait mode. The customer crowd loved the new changes, and do we need to say, even this model got sold in millions.

As already mentioned in the previous article, the iPhone model versions did not have an iPhone 9 version. It was in September 2018, that the models got introduced. Like the older version, this model had the front facing camera for selfies (portrait). It had the Super Retina HD display, and had a good upgrade. A12 bionic chip ingrained in this model, not only enhanced the processing power, but also reduced the power drainage of the battery.

Seldom did a model get announced on the Apple event podium but was not available to the public. This model iPhone XR was introduced at the same time as the iPhone XS/XS Max, but the general public could not purchase this model because of non-availability. Many iPhone loyalists selected this model because of its cheaper price than the other versions. So, they bided their time, till the iPhone company can introduce this version in the market. Compared to the recent models, the iPhone XR was smaller in size and did not have a crisp display. However, because of the Liquid Retina HD display, the customers could not notice the difference. But it was larger than the iPhone 7 & iPhone 8 Plus models. The iPhone XR also retained the same features (front-facing camera). But the models got introduced in many colors.

When compared to the previous models, iPhone 11 is termed as more affordable. But still, it had new features and in the last year (2019), it was one of the most popular phones in the market. Some important features were the 6.1-inch Liquid Retina Display and the model came in six different colors. But the icing on the cake, when it came to features, was the second camera (12 MP) which was located on the mobile backend. Yes, it also had double qualities – wide/ultra-wide lenses.

Many Apple loyalists wanted a smaller model, and the iPhone 11 Pro just fulfilled their expectations. Among its most liked features were Super Retina XDR Display (5.8 inch), three (HDR camera lenses – wide, telephoto and ultrawide) of 12 MP.

Known as the most expensive phone for the previous year (2019), this device is considered the largest among the Apple models. As with the iPhone 11 Pro, even this model had Super Retina XDR, with a display size of 6.5 inches. Also, it had the same features (three lenses) and the same color. So, the only changes were the sizes between the two models (iPhone 11 Pro & iPhone 11 Pro Max).

Termed as the second generation model, the iPhone SE had the best features such as a 4.7 inch Retina HD, A13 Bionic Chip, Depth Control, excellent battery life, wireless charging facility, camera system in Portrait mode, but for a lower price.

As you can see, the iPhones have undergone many changes and added new features for the better. Just imagine, it has evolved from 16GB web browser to the present-day features of entertainment center, voice assistant and more. So, this sentence sums up the history of the iPhones. But yes, there will also be future models, and to remain updated about recent events in Apple Products, you can always visit our website. 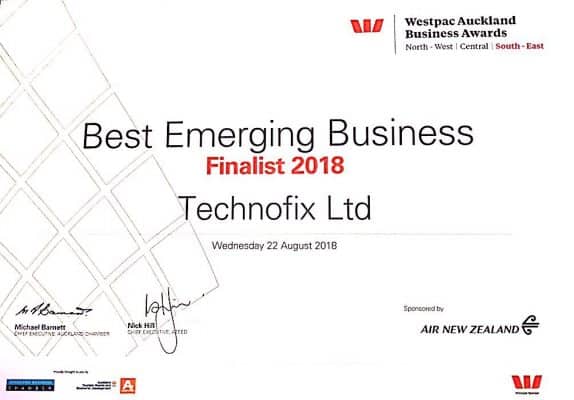